Limited government is an integral part of the fabric of our representative democracy, both here in Utah and throughout America. Our founding fathers introduced the principle of limited government to define, limit, and separate the powers of government and to increase the people’s control over their government. The process of regular elections and the separation of the branches of government represent some of the efforts of the founding fathers to promote a government that would lead to a large, successful, and powerful nation while respecting the rights of the people. 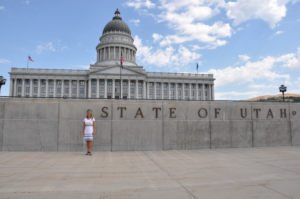 While the Constitution established some devices to encourage limited government it is time that we consider others, including term limits. A term limit is a legal cap on the number of (usually successive) terms an elected official can serve. One example is the US President who is limited to two successive terms.  Term limits for Utah’s elected officials will help to provide a more efficient government that is beholden to the people.

Greg Hughes * Michelle Weeks * Michele Weeks * Who is my representative *