Do You Want to Be a Republican, a Democrat, or Neither? 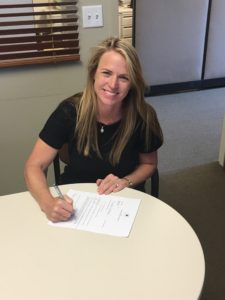 I am a candidate who believes in government accountability, transparency, environmental stewardship, preventing state over-reach, and improving education in Utah.  As the candidate for the United Utah Party, I am not encumbered by big-party agendas or party-loyalty politicking.  Instead, I can be your voice at the state level and will be empowered to better promote the policies and issues that are important to you.

Unlike the two major parties, United Utah doesn’t administer a strict litmus test on their candidates or force them to adopt tired or extreme positions.  Instead, the party encourages its candidates to find out what matters most to their constituents and to make those issues the focal point of their public service.  The United Utah Party represents our best hope to return the power of government back into the hands of the people, to reduce partisanship in our state legislature, and to enact the needed reforms and legislation that you want.

If you wish to take back the governing power that is rightfully yours in Utah, vote for Michele Weeks on November 6th, 2018.